It’s no secret that many tales have evolved into pretty fairy tales from far sinister and darker places; as i prepare to illustrate 3 passages from the Little Red Riding Hood (LRRH) i am re-visiting the original world of Charles Perrault’s Petit Chaperon Rouge and the Grimm Brothers’ Rotkäppchen...
Besides the overt warning about talking to strangers, there are many interpretations of the LRRH tale; Most have viewed the story as a warning against children predators;
A 17th century version of it (in King Louis XIV extravagant and outrageous court) proclaims it as a harsh morality tale warning women of the advances of men.
The tale is also seen as a life transition from girlhood into womanhood. On a more simple note, it is also suggested that the story is a genuine warning about dangerous wolfs at the time it was first written.
From country to country the ending changes and evolves over time: In one, the LRRH is eaten but freed - along with her grandmother - by a hunter who cuts open the wolf’s belly.
In another version, LRRH tricks the wolf to escape to safety by performing a striptease (and no, that was not in France!) whereas in yet another she tricks the wolf by telling him she desperately needs to use the bathroom... Luck comes to the rescue in a version where a hunter kills the wolf purely for his skin - rescuing the grandmother and the child just on time;
As time goes by, the grandma and the little girl get smarter by anticipating the wolf intentions and luring him to sausages and other food before drowning him.

And i wonder - how fun would it be if (in yet another version) The Little Red Riding Hood became the wolf’s worth nightmare? i’d love to write that one :)

With so much information, I am hoping i’ll come up with illustrations with a fresh feel...
If you want to know more about fairy tales and their other sides this is a great read (plus it’s packed with wonderful illustrations):
The Annoted classic fairy tales,by Maria Tatar 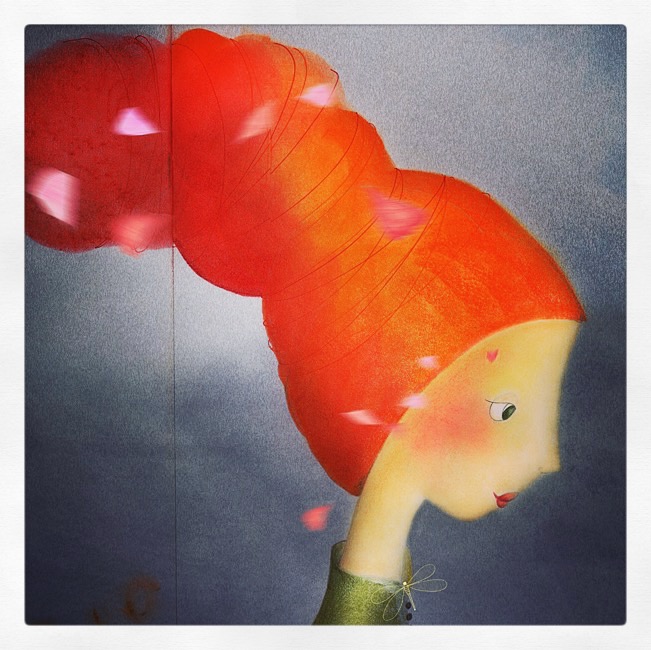